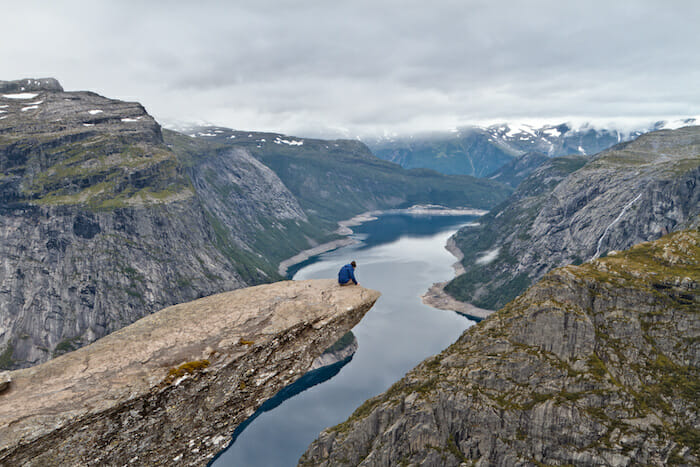 I recently came across the phrase ‘career ledging’ which I found very intriguing. While the phrase ‘career ledge’ was unfamiliar, the experience as described completely resonated with me as it brought me back to how I felt eight years ago. At that time, it did feel exactly as if I was standing on a mountain ledge about to leap off into the abyss!

The Business Insider Australia article which discussed career ledging described it as – “Stuck on a career ledge is where a high achiever has reached a peak point in their career … and they just don’t know how to move forward from where they are sitting”.

The article further stated that while career ledging is a lesser known phenomenon compared to career burnout, it is widespread across industries and roles. I can attest to the accuracy of this statement.

Eight years ago I had reached the pinnacle of my career. While the hard work had paid off and I enjoyed the many fruits of my success, I was looking for more – more job satisfaction, more meaningful work, more choices on how I can make a difference and make a good living. More of what mattered most to me. I was looking to create more possibilities for myself. But at that time, I felt like building world-class brands was my only expertise, and that was my only choice forward.

If any of this resonates with you, take heart – you’re not alone.

I have since met many, many others who are on their unique and personal career ledge. Some have taken brave steps forward and moved on to make a bigger mark in ways they could have never imagined. Others are taking active steps to define and chart their ‘what’s next’, guided on their journey by professionals such as myself. And then there are those who up till now, remain stuck on their career ledge, frozen by their self-doubt and fear of the unknown.

When you are standing at the precipice of your career ledge, uncertainty overwhelms your every thought. Your every emotion. And for high achievers who thrive on certainty and control, this is paralysing. So you need to invoke the Indiana Jones in you. Like Indy when he stepped off the cliff in the movie Indiana Jones and The Last Crusade, you must believe that there is a path ahead, even if you cannot see it … yet.

Be open to the possibility of more.

But that doesn’t mean you step off the ledge ill-prepared. Even Indiana Jones had clues from his father’s journal to guide him.

Get honest with yourself. It’s a perfect time to get back in touch with you, the person. Not just you, the corporate warrior.

Get clear on what you want to move towards to. What exactly are you looking for in your next chapter?

Get creative exploring how you can leverage the collective worth of your experience to date, both in and outside of work.

“We do not need magic to transform our world; we carry all the power we need inside ourselves already: we have the power to imagine better.”